Hockey organizations receive a drills session to help evaluate a player's skills as well as several on-ice session s for games/scrimmages. The drills are specifically designed to grade an individual's hockey abilities and sense for the game and include a focus on skating, passing, shooting and checking. Goaltenders' drills will be focused on positional play, save consistency, rebound control, movement and save selection. 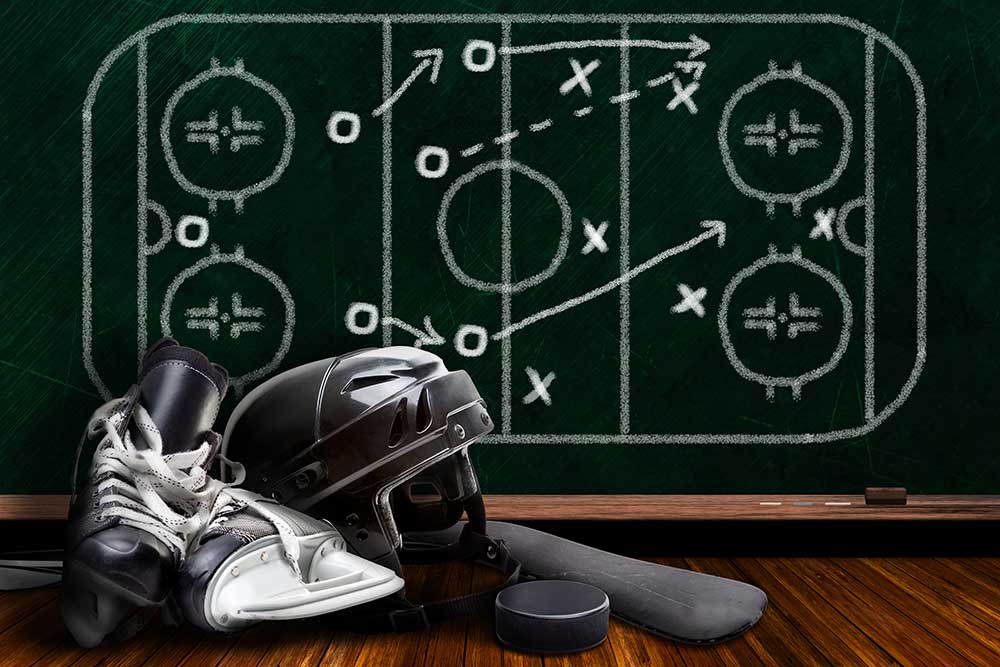 Each drill will have a general objective and may involve more than one player when it comes to attacking and defending such as two-on-ones and three-on-twos etc.

Players will stretch and warm-up properly before taking part in the drills and will also be given time to cool down before the next drill.

When evaluating puck control and skating, evaluators are taking note of the way each player can skate, stop, turn, skate with the puck and shoot while in motion. These skills can be evaluated with specific drills for each of these skills.

For example, skating drills will see players skate and stop at several pylons to judge their acceleration as well as their stopping and starting skills; skating around the faceoff circles in each direction to grade their ability at crossovers; skating while in possession of the puck and turning around each pylon to evaluate acceleration, turning ability and both forehand and backhand puck control.

Goaltending drills have been designed to grade important aspects of the position such as: skating ability; balance; positional play; faceoff positioning; quickness; rebound control; save frequency and skills; use of their stick; low shots; high shots; pass interceptions; poke checking; puck handling; transitional play; forwards/backwards and lateral movements; angle and depth positioning, lower and upper body save ability and movement; shot preparation/reading the play; catching and blocking ability; anticipation; consistency; concentration; movement and positioning while down on the ice, and the ability and quickness to drop to the ice and get back to your feet.

Players are graded after each drill and this allows our evaluators to review their scores at the end of the session and rank them from top to bottom. This isn't the final evaluation of course as players will also have several game/scrimmage sessions. Some players may excel in the drills session and struggle slightly during the game sessions and vice/versa.

Individuals are all graded by four experienced evaluators during the game sessions and their ranking may change according to how they perform compared to the drills session.