It's often unintentional, but still difficult for hockey coaches to be impartial when selecting their team due to politics, pressure from parents, and perhaps even family or emotional ties to players. This is one of the main reasons so many minor hockey associations across the country are now relying on independent external evaluation companies to help with their team selection. There are no personal biases involved with an external evaluation company since those people ranking the players are completely impartial. 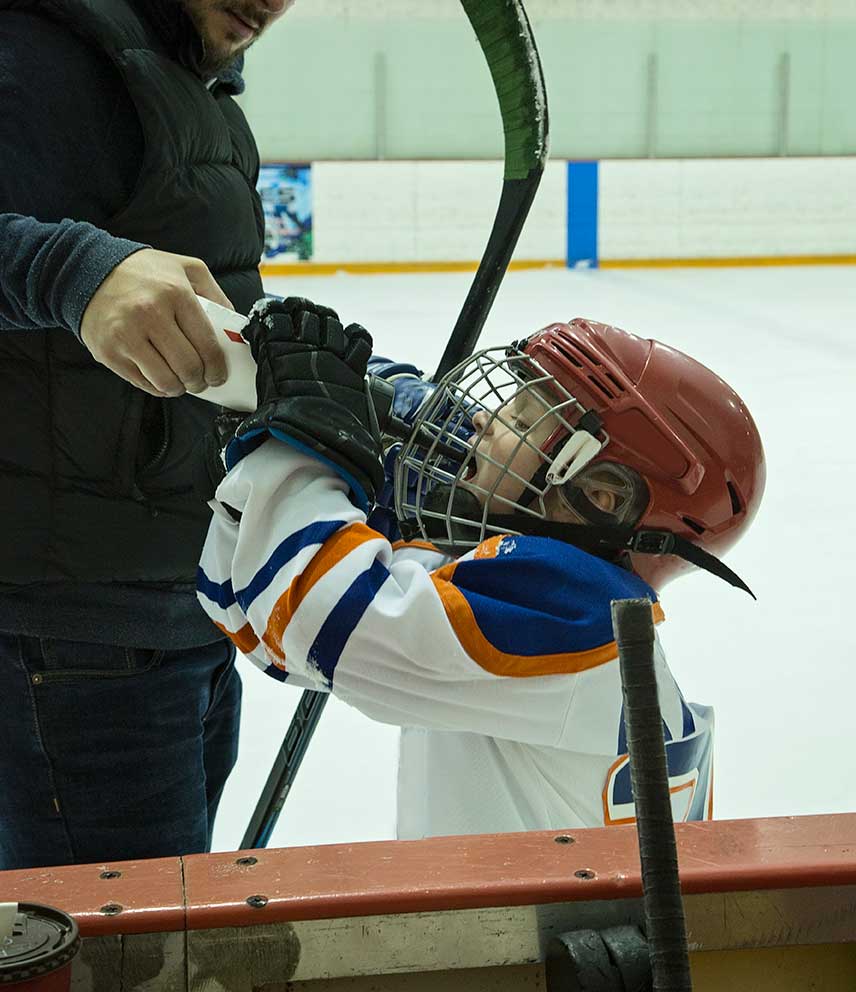 Trained hockey evaluators are considered to be experts in their field due to their ongoing experience with grading players' skills and abilities in addition to coaching and playing experience. Since evaluators have no connection to the players they're grading they won't be influenced by anything other than what they see on the ice. They don't take past performances into consideration as everybody starts with a clean slate and can be graded on their current strengths and weaknesses. Using external evaluators also ensures consistency and uniformity from session to session.

The evaluators will be sure that all players understand the specific drills before running them and will encourage them to carry them out to the best of their abilities. They will have ample time to grade the players after each drill and review their marks after each session to guarantee no grading errors have been made. Evaluators also grade players based on game situations as well as drills as this provides them with the opportunity to see how they react and compete against their peers.

At hockeyevaluations.com we recommend that each player is evaluated properly with one session of drills to assess their skills as well as three sessions of games/scrimmages. During the skills session our evaluators will be able to sort and group the players according to their individual skill level. This ensures each player is competing against those with similar skills and abilities. When it comes to players who are trying out at the AA level or above we recommend they be graded entirely on their performance during four game sessions with no individual skills sessions taking place.

An independent evaluator will be straightforward and honest by ranking and evaluating the players based exactly on how they perform on the ice. These evaluation scores will then be made available for viewing at hockeyevaluations.com. The grading system will identify each players individual on-ice strengths and weaknesses! It's sometimes hard for parents to understand, but evaluators are there to make sure their son or daughter is placed on a team which will benefit the child the most. A youngster won't learn anything by playing above their skill level as they'll find it hard to keep up, have fun and remain competitive.

It's also important for coaches and parents to realize evaluations are there to help develop youngsters' skills by identifying where that player will have the most success for the upcoming hockey season. In addition, each player may possibly still be able to play at another level during the season through the affiliation process. This ongoing skill development should be both challenging and fun for players in team and individual environments.

The goal of an independent evaluator is to offer a comprehensive, consistent and fair player evaluation. This will ensure youngsters are playing on a team based on their skill level compared to other players in the same age group. In this situation they'll be able to grow as both people and hockey players over the course of a season.

This will be accomplished via well-planned, competitive on-ice drills and scrimmages, concise and clear communication and an unbiased, standardized evaluation process. The testing will consist of individual and team skills as well as the emotional, physical and portrayed mental characteristics and qualities of each player.

It's hard for coaches to tell young hockey players they haven't made a specific team and in some cases they may backtrack on their decision and eventually come to regret it. The health and welfare of the player should always come first and foremost and this is why it's imperative that each youngster doesn't get in over their head. Since external evaluators have no attachment to the players they're grading their final results ensure that each player is competing at a safe and competitive skill level.