In its purest form the sport of ice hockey involves placing the puck in the other team's net as often as possible. The side which scores the most goals is the winner and the fans, players and coaches etc. go home and prepare to do it all over again. But we all know there's much more to it than that though as hockey is filled with strategies, tactics, unpredictability and creativity. 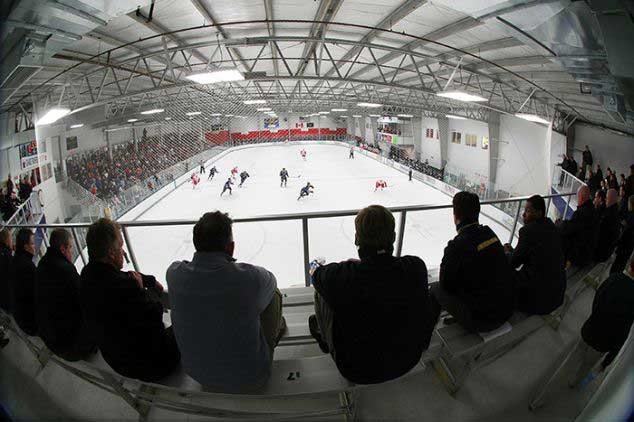 Hockey teams are the sum of all their parts and this means each individual contributes on and off the ice in their own way. Some players have more responsibilities than others and this generally comes down to the individual and team skills they possess. It's up to the coaches to recognize these skills and utilize their players to the best of their ability. A good coach will know exactly which players excel in specific situations.

For instance, it's probably not the best strategy to play your checking line when you're two goals behind with just a few minutes to play. On the other hand if you're up by a goal late in the game your best pair of defencemen should be on the ice to help protect the lead rather than sitting on the bench. Hockey coaches typically get to know the traits of their players over time as well as by the trial and error method. They eventually know the strengths and weaknesses of each individual and play them as they see fit depending on the game situation at hand.

Scouts usually have the luxury of watching players on a regular basis during the course of a year as well. This allows them to form their opinion based on seeing them play at their best and worst numerous times during a season. But when it comes to player evaluations the process needs to be completed in a shorter time frame such as just a handful of on-ice sessions or less. An evaluator has to quickly form an opinion by grading a skills session along with a few games or scrimmages.

It's true there are only so many basic fundamentals in the sport such as skating, shooting, passing and checking. But each one of those fundamentals consists of many additional components. An evaluator can't simply grade a player on any one of these basics without delving much deeper. For example, skating consists of backward and forward strides as well as stopping, starting, turning, crossovers, quickness, balance and speed.

The same goes for shooting as there is an assortment of options during a game such as the snapshot, wrist shot, and backhand as well as the slap shot, one-timer and deflection/tip in. Evaluators are typically looking for players to use the best shot selection available in their specific game situation. Taking a slap shot from 15 feet in front of the net usually isn't the wisest choice and neither would a backhand be if the puck's on your forehand.

Even though a player may possess a wicked shot, he or she must also know exactly where and when to release it. Knowing the type of pass, shot or check to use is each situation is just as important as the velocity and accuracy of the shot or pass itself. While players are required to follow specific instructions during the on-ice drills and skills session they will have the opportunity to exhibit their hockey sense during the game sessions. This includes decision making and knowing what the most effective play is in every situation that arises.

Basically, this means you could have all the raw skills in the world such as power, giving and receiving a pass, and checking, etc. but those skills may not mean much if they aren't utilized at the right time during a game. So while it's still important to continually practice and improve on those individual skills you also need to quickly go over the options in your head during a game and decide which one is right for the moment.

Let's look at another example of what evaluators are looking for and this time we'll concentrate on playing without the puck, which is what most hockey players do for the majority of each game. This will include checking, but it also consists of other important aspects parts of the sport such as driving to the net, screening the opponent's goalie, cycling the puck, supporting your teammates, positional play, shot-blocking and pinching etc.

We know evaluators look for a player's physical attributes when they do and don't have the puck, but they also take note of their mental characteristics. These include intangibles such as general hockey sense, unselfish play, competitiveness, communication, anticipation, creativity, system play and last but certainly not least, their work ethic.

There's definitely no secret to the on-ice evaluation process itself since all players know what skills they're going to be graded upon. However, there is a science behind it as evaluators must know exactly what to look for in each player and have a sixth sense to quickly recognize the individual's strengths and weaknesses.